Be Compassionate to Yourself: A Reminder

It’s safe to say 2020 took a toll on all of us. We have finally entered a new year, but we are still in the depths of a pandemic that has consumed our lives for ten months. And with the New Year comes the expectations we might set for ourselves. For some that might be a new diet, more exercise, picking up a new hobby, or reading more books. For those who set New Year’s resolutions, however, about 80% of them fail by February according to U.S. News & World Report. If in the past you’ve found yourself setting goals for the upcoming year that you’ve given up on after the first month, you’re definitely not alone! But as we enter 2021 in the midst of a pandemic, never-ending political battles, and, of course, colder weather, maybe the only goal we need is to be kinder to ourselves. 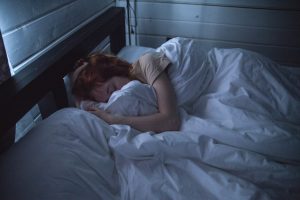 The first step is to remind yourself that we are living through unprecedented historical times and it’s okay to not be functioning at your best. If you’re feeling fatigued, less motivated, and more anxious than years prior, you are not the only one. Instead of beating yourself up when you feel like you’ve fallen short in some area of your life, whether it be work, school, or in your relationships, try to remind yourself that it’s okay to fall short. It happens to everybody. We live in a society that places a lot of expectations on humans as far as productivity goes, which means it’s a lot easier to fall into the thought trap telling us if we aren’t 100% productive all of the time, we’re failing or falling behind. That’s simply not true. Notice the moments when you find yourself being overly self-critical, accept where you’ve fallen short, but try not to ruminate over those negative thoughts. Instead, learn from that experience and know that you’ll do something different next time.

Another important step in being kind to yourself is to allow yourself to feel negative emotions without criticizing yourself for doing so. So many of us tell ourselves that feeling a negative emotion is a bad thing, when really, it’s just part of the human experience. Don’t judge yourself for experiencing a negative emotion. Instead, accept that emotion for what it is and try to figure out where it’s coming from and why you’re feeling it. By exploring that emotion, you’re gaining insight into yourself, rather than critiquing yourself for being human. Your emotions are telling you something, and with that insight comes the ability to learn from them and figure out what you need in that moment.

Self-compassion has been shown to be positively associated with emotional well-being and decreased levels of anxiety and depression. So try to remember to be kinder to yourself this year and don’t beat yourself up if you’re having a bad day, week, or even a bad month. Especially right now, it’s important to remind yourself that you are doing the best you can. Even further, remind yourself that “doing the best you can” will look different than the people around you. Your journey is different than everybody else’s, which is the wonderful part of being human. 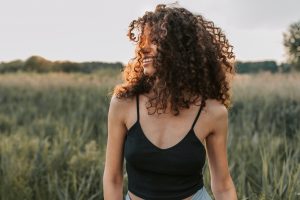 The Psychology of Comparison: A Leading Cause of Unhappiness